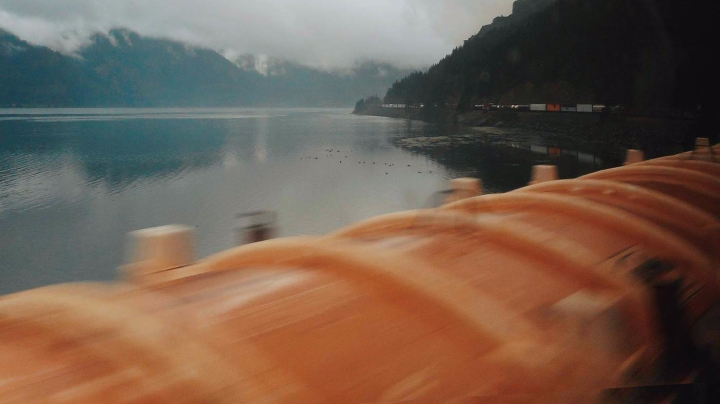 In the blink of an eye, another year has come and gone. And once again, amidst the good and the bad, the uplifting and the cringy, the triumphs and the tragedies, music remained a remarkable constant—a wellspring of every possible human emotion and a beacon of hope for our crazy world.

Below are ten of my favorite albums that were released in 2018, along with a handful of honorable mentions (since it was difficult to choose only ten!). In no particular order, here they are:

“Florence Price” is a name that is slowly gaining some well-deserved recognition in the classical music realm. Just this year, prominent articles from The New York Times, The New Yorker, and NPR highlighted this boundary-breaking African American composer, and the first-ever recording of her two violin concertos was released back in February. Price’s music is gorgeous and immediately accessible—hints of Dvořák and Delius appear here and there, yet it still displays a distinct compositional voice. Here’s hoping that this recording will spark continued recognition for Price’s output in the coming years.

Music by Handel? Cool. Played on period instruments? Very nice. And to top it all off… music by Philip Glass!? Yup—in this album, arias by these two seemingly disparate composers are paired to dazzling effect. Add to this the crystalline voice of American countertenor Anthony Roth Costanzo, and we are presented with a deeply rewarding musical journey.

With much of the nation still reeling from the outcome of the 2016 presidential election, this album by singer/songwriter Gabriel Kahane could not have come at a better time. Its inspiration: an 8,000+ mile train trip Kahane took on the morning after the election, where he talked with fellow travelers and heard their stories. The result: a collection of songs that reveals the diversity of the American experience, proving that we are all more connected than we think.

Like Florence Price, the twentieth-century English composer Ruth Gipps is not what you would call a “household name.” This album release presents the world premiere recordings of three orchestral works by Gipps, alongside her one-movement Second Symphony. Containing a musical language reminiscent of William Walton and Ralph Vaughan Williams, Rumon Gamba and the BBC National Orchestra of Wales make a compelling case for this vibrant and colorful music.

Who knew that Jeff Goldblum—the lovably awkward star of Jurassic Park and Independence Day—was also an accomplished pianist? In this live studio album, Goldblum gets the chance to show off his jazz chops (he really is quite good!) in tandem with the Mildred Snitzer Orchestra and a lineup of guest soloists, comedian Sarah Silverman among them. No doubt about it—this recording is an absolute delight from start to finish.

Winner of Gramophone‘s 2018 “Orchestra of the Year” award, the Seattle Symphony continues their streak of exciting releases on their house label. This particular album presents a microcosm of twentieth-century music, opening with a kaleidoscopic recording of Luciano Berio’s wild, no-holds-barred Sinfonia (which features the stunning vocal ensemble Roomful of Teeth). This is followed by four of Boulez’s serialist Notations and bookended by a raucous performance of Ravel’s La valse. Music director Ludovic Morlot leads the orchestral forces in this thrilling lineup.

Over 1.9 billion people tuned in to witness the wedding of Prince Harry and Meghan Markle in May 2018. In addition to the pomp and crazy hats, this event provided some well-deserved exposure for the talented, nineteen-year-old cellist Sheku Kanneh-Mason, who performed during the ceremony (and was subsequently dubbed “Cello Bae” on Twitter). His debut album—Inspiration—features an electrifying performance of Shostakovich’s Cello Concerto No. 1 (which won him the BBC Young Musician competition in 2016) alongside arrangements of both classical and popular favorites. This kid is definitely going places!

A musical composition should, for the most part, be taken at face value as a composer’s definitive and personal artistic statement but on occasion, magic can occur when others come in to arrange, rework, or remix the original work. (Case in point: Max Richter’s 2012 reimagining of Vivaldi’s Four Seasons.) In 1993, the German composer/conductor Hans Zender created a “composed interpretation” of Schubert’s famous song cycle Winterreise. While remaining respectful to the original material, Zender’s tweaks and instrumentation add an astonishing layer of color to this familiar music, allowing us to experience it in a whole new light. This recording, with German tenor Julian Prégardien, adds further freshness to this intriguing reimagining.

Conductor Simon Rattle has often referred to Franz Joseph Haydn as “the most underrated great composer.” In this live recording with the London Symphony Orchestra, Rattle seeks to right this wrong. Haydn’s multifaceted musical personality—spanning from sharp wit to quiet pathos—is put on full display in this charming collection of movements from his symphonies, oratorios, and operas (thoughtfully arranged into a suite by Rattle himself). There are surprises galore to be found throughout (listen especially to the track below!) and the orchestral playing is bright and energized. My main takeaway? Sign me up for the “More Haydn, Less Mozart” club!